This year, Airbus Intelligence celebrates International Women's Day by highlighting inspiring Women in Tech. Meet Daiva Gardner who leads the Software Engineering team in Fort Collins, Colorado and hear what it's like to be a woman in an industry that is dominated by men.

Can you tell us a little about yourself and where you come from?

I manage a software engineering team in Fort Collins, Colorado. I’ve been in this position since 2009. Prior to this role, I worked for HP and then Agilent, starting as an intern in the IT department when I was in college, then moving  into a corporate-level role with oversight of Agilent’s softwareengineering tools and processes across the company. I grew up in Alaska, went to Stanford, graduated with a BS in Computer Science on my 31st birthday, and have two sons (ages 27 and 10) and two granddaughters (ages 6 and 2).

What sparked your interest in Engineering? And did you feel supported in your choice?

When I graduated from high school, I didn’t know what I wanted to study - I only knew I didn’t want it to be anything related to math or science, as I felt I wasn’t good at technical subjects.

However, after a few quarters of studying philosophy, Eastern religions, and Shakespeare, I realized that the courses I enjoyed more were the “techie” courses, so I did an about-face and decided to major in Mechanical Engineering. I took a few years off from college for personal reasons, and during that time I had a chance to use some of the very basic software engineering knowledge I had acquired and found it very rewarding. So I went back to school with an interest in Software Engineering and that’s the field I’ve stayed with ever since.

When I went back to school, I was a single mother, working part-time, in the computer science department at Stanford, which was full of 20-year-old geniuses (mostly young men) who didn’t have the distractions of children or jobs, so it wasn’t an easy path. My son, who was three at the time, spent many hours playing with Hot Wheels under my desk in the computer lab. Maybe he didn’t have a choice at the time, but my son’s support may have been the most important to my success during that period!

I also had one female professor who was an important mentor to me and who became my academic advisor. Her support and encouragement was also critical given my unique situation. She helped me to find ways to keep going many times when I thought the challenge I had taken on might get the better of me.

What motivated you to join Airbus?

I actually was hired back in 2009 by i-cubed, which was a small company in Fort Collins focusing on applications of geospatial imagery. Over the years, Airbus acquired a partial interest in i-cubed, and then eventually made a full acquisition. So my team and I didn’t choose to join Airbus - we became Airbus! But I’ve always been happy that things turned out that way, and it’s rewarding to be part of such an exciting and dynamic company.

How does it feel to be a woman in a male-dominated field? Did you encounter problems or non gender-inclusive behavior?

I don’t know that I can point to specific problems, but there have been many times when I’ve wondered if the fact that I was a woman in a room full of men focused on a technical discussion had an effect on the dynamic of the conversation, or the reception of my input. And if I’m being honest, it probably did.

However, the number of times that my intuition has led to valuable insights about the problem at hand has been significant. It has taken many years for me to build confidence about my contributions.

What advice would you give to women entering or working in a male-dominated field?

Trust your instincts and your judgment. It’s highly likely that there’s a good reason why you are in the role you’re in. The insights and perspectives that women bring to the table can provide valuable contributions that can be notably and importantly different, so don’t be shy about bringing them forward! And if your inputs are not well received, don’t let that silence you.

How has your story impacted your management style at Airbus?

As a manager, my intent has always been to bring out the best in the people who report to me - to do whatever I can to make them feel supported, and to feel that I am invested in their success. I want them to know that I am “in their corner”.

It’s my belief that as managers, the most valuable thing we can do for the business is to contribute to the retention of smart, capable people. And having those strong supportive connections with colleagues makes our work a lot more fun, as well.

"Trust your instincts and your judgement. It's highly likely that there's a good reason why you are in the role you're in."

Want to Know More About Intelligence? 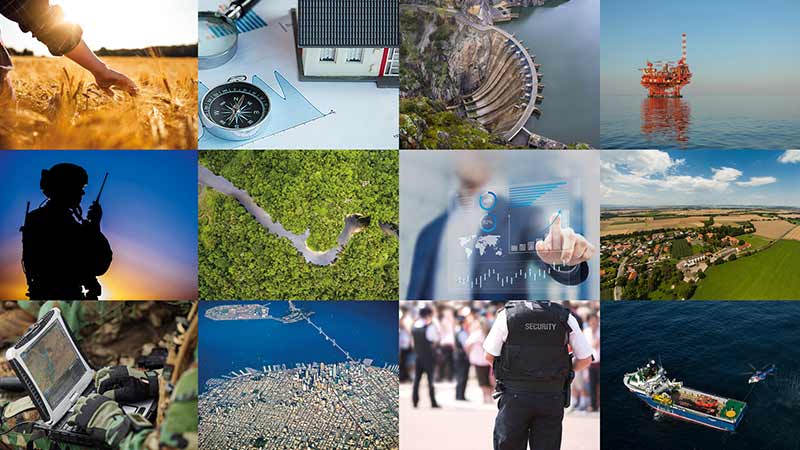 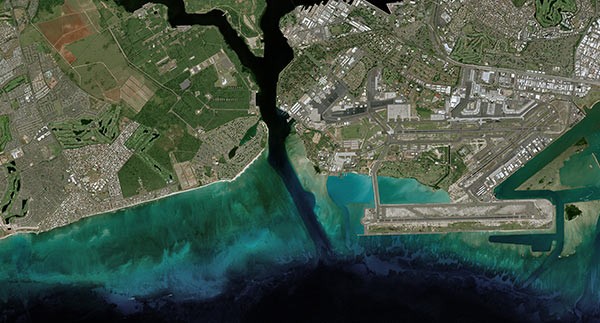 The largest constellation of optical and radar Earth observation satellites, providing the most accurate imagery for your application.
Explore our imagery