Krakatau, a small island group in the Sunda Strait between the islands of Sumatra and Java is one of the world's most famous volcanoes. There has been new eruptive activity since the late 20th century, with a large collapse causing a deadly tsunami in December 2018. Anak Krakatau, also known as "the child of Krakatau" is a small, highly active volcano in the heart of the ruins of Krakatoa, which obliterated itself in 1883.

After the eruption on the 22.12.2018, the volcano crater area became part of the ocean. The Anak Krakatau volcano shrank dramatically following the eruption. Much of the volcano’s south-western flank had gone.

The west side of the island is completely missing. 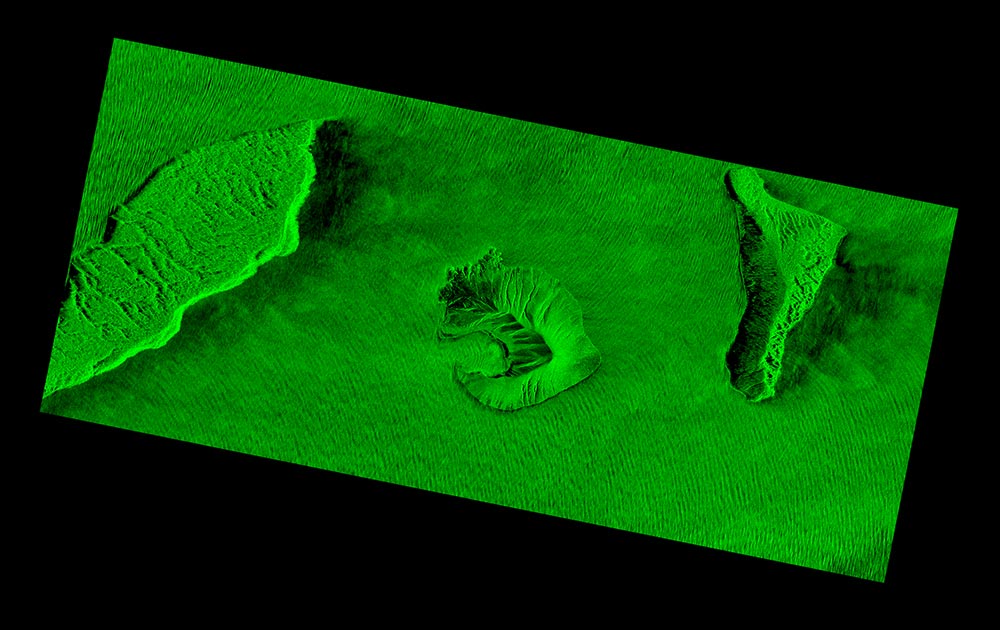 A crater lake has formed now and is no longer connected to the ocean. The East slopes of the volcano show more structure. 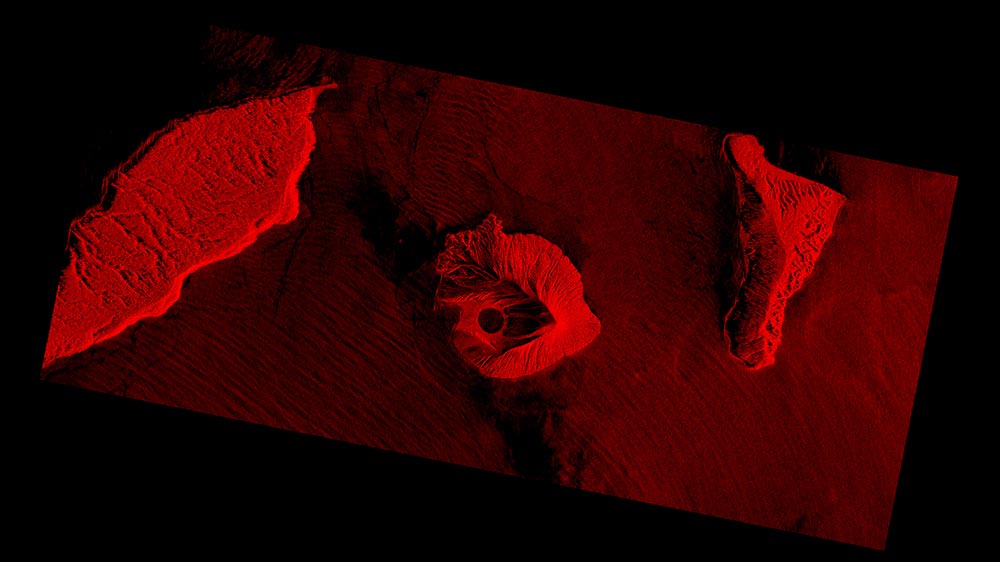 The superposition of the T1 + T2 images shows the dramatic change.

The crater lake formed at the center is coloured in green, since the backscatter in T1 is stronger and the image is brighter than in T2 (which is darker, due to the missing wave pattern of the open sea).

The green ridge as well as the red/green shift on the slopes are caused by an ongoing shifting and vertical movement of the “breathing” volcano.

Oranges and yellow colours indicate strong backscatter in both, T1 und T2, which means the surface has changed between the two images.

In the North of the island, older lava flows are not moving. Blue, black and white indicate that the surface is stable here. Any reds and green indicate changes. 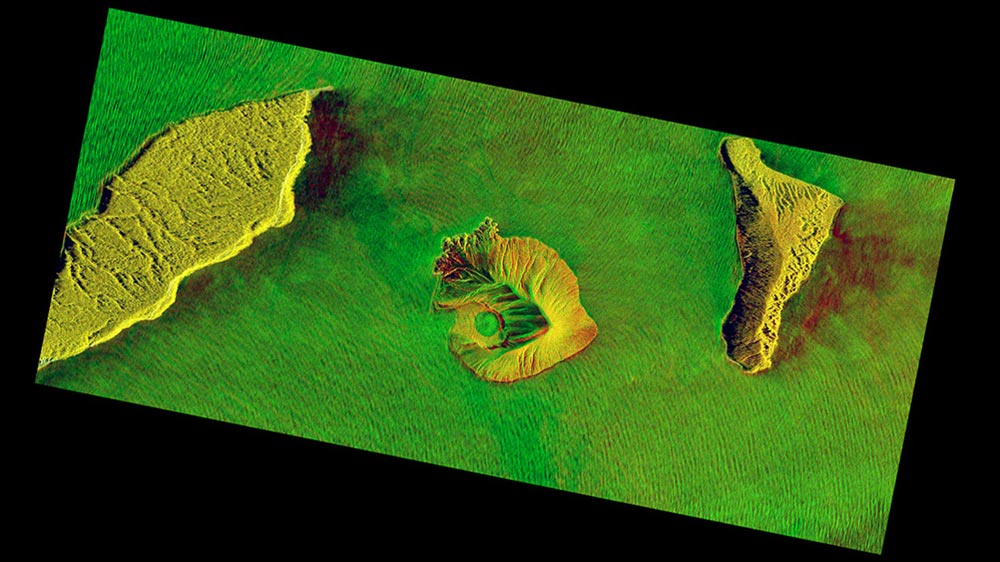