When information can't be gathered on the ground, look to the sky.

Some infrastructure construction is progressing so quickly that official maps don't accurately portray the situation on the ground. A high-level overview of urban development is needed.

Engineering firms are often contracted to produce this planning information for the public and elected officials before, during and after a major construction project.

These firms need an accurate and reliable means of creating an up-to-date planning basemap that includes building footprints, transportation features, utilities, recreation facilities and neighbourhoods. Even structures not officially permitted by the local government, such as home additions, must be included.

Engineering personnel can access recently acquired Pléiades and SPOT imagery of their AOI, no matter how small, from the OneAtlas Living Library to leverage inside of their GIS software to view, track and monitor infrastructure development. 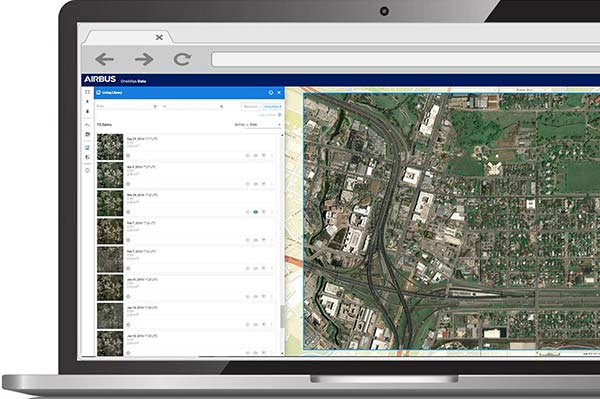 Through OneAtlas, engineering firms now have instant access to recently acquired very high-resolution imagery that can be obtained immediately with flexible purchasing options.
Living Library is a cloud-based Earth observation satellite data service comprised of global data layers and fresh acquisitions of 50cm-resolution Pléiades and 1.5m SPOT imagery filtered for quality. Pléiades data has a maximum cloud cover of 15% with an incidence angle not exceeding 30 degrees.
For SPOT, the parameters are 5% and 20 degrees. New data is added daily, and subscribers will soon be able to request alerts when their area of interest (AOI) is covered with a new acquisition. 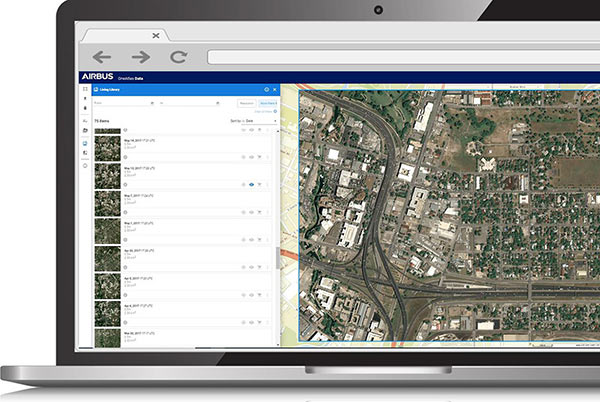 One of the fastest growing areas in the United States is San Antonio. It's the 7th most populous city in the US, and between the years of 2010 and 2017, the population increased by nearly 14%.
Many areas around the city are seeing significant change, growth and development projects. This area is just outside of The Pearl District, North of downtown San Antonio and has seen change and growth over the years.
The image on the right shows the OneAtlas Data interface, with the Living Library image service on the left. The Living Library offers coverage of this area from 2014 to 2019 in both 1.5m and 50cm resolution.

In this particular example, filters have been set to only show 50cm resolution imagery, with 0% cloud cover, but could be adjusted to show more coverage options. 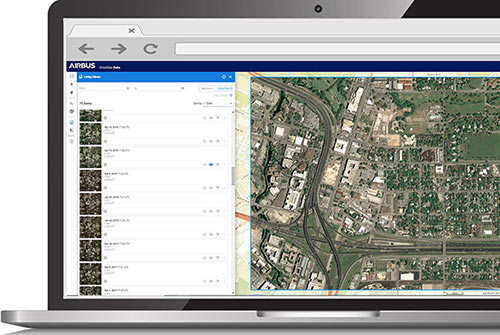 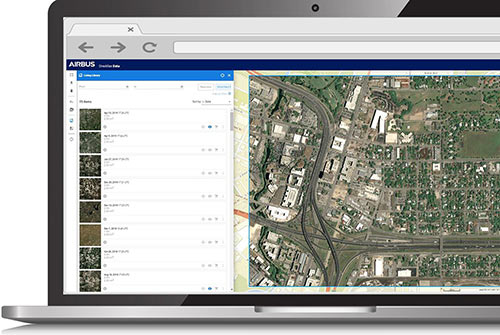 The changes in the imagery show excavation, new buildings and growth surrounding a major highway intersection, just outside of San Antonio. 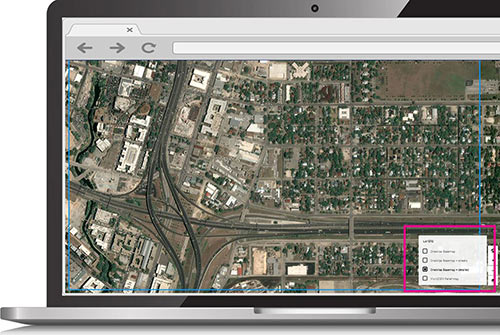 The OneAtlas Data interface also allows users to access global imagery and data layers.
In the bottom right hand corner of the interface, users can select the global layers of their choice, including basemap at 10m resolution, and WorldDEM relief map.
Our basemap service is curated 1.5m global coverage that is always less than 1 year old. Users have free access to the 10m basemap product within the OneAtlas Data interface. 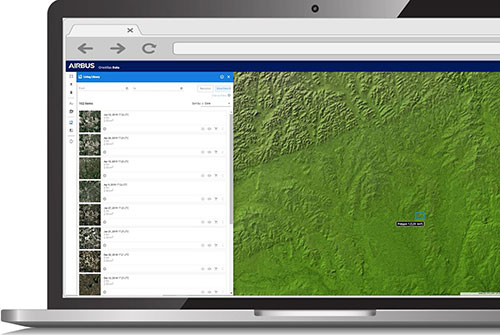 The global image layers also include the WorldDEM relief map, which provides elevation information for visualisation purposes. This data layer is a benefit for OneAtlas Data users, but we also provide a streaming protocol (WCS) that offers the data in full resolution.
The Pearl District, just North of downtown San Antonio is relatively flat. However, some elevation occurs North of San Antonio. 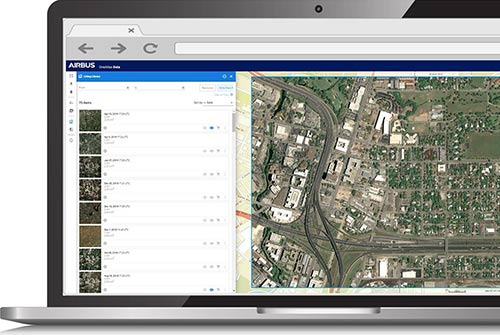 A rapid cost-effective solution, Living Library provides date-stamped snapshots of infrastructure development in progress - even in dense urban areas - ready for instant streaming or download into a planning GIS with no minimum area requirement.
When a user has found imagery to use and wants to access it, he simply clicks on the "eye" icon... 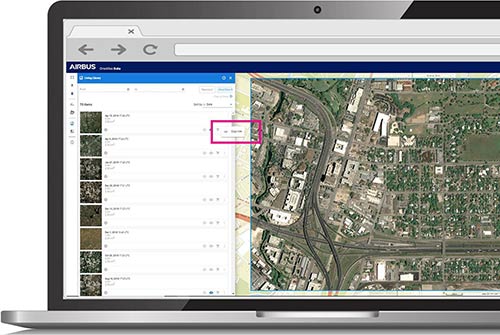 ...and can copy the link to use directly in his GIS. 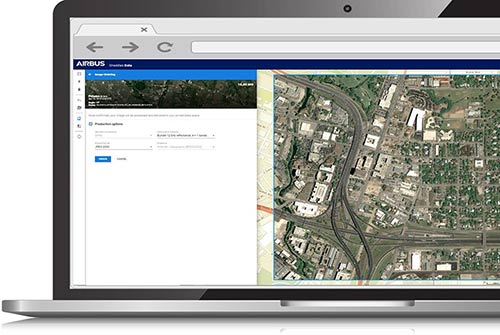 Users can also download imagery by clicking on the shopping cart icon. You will be taken to the ordering page to select your processing options.
When you are ready to proceed, simply click "Order"... 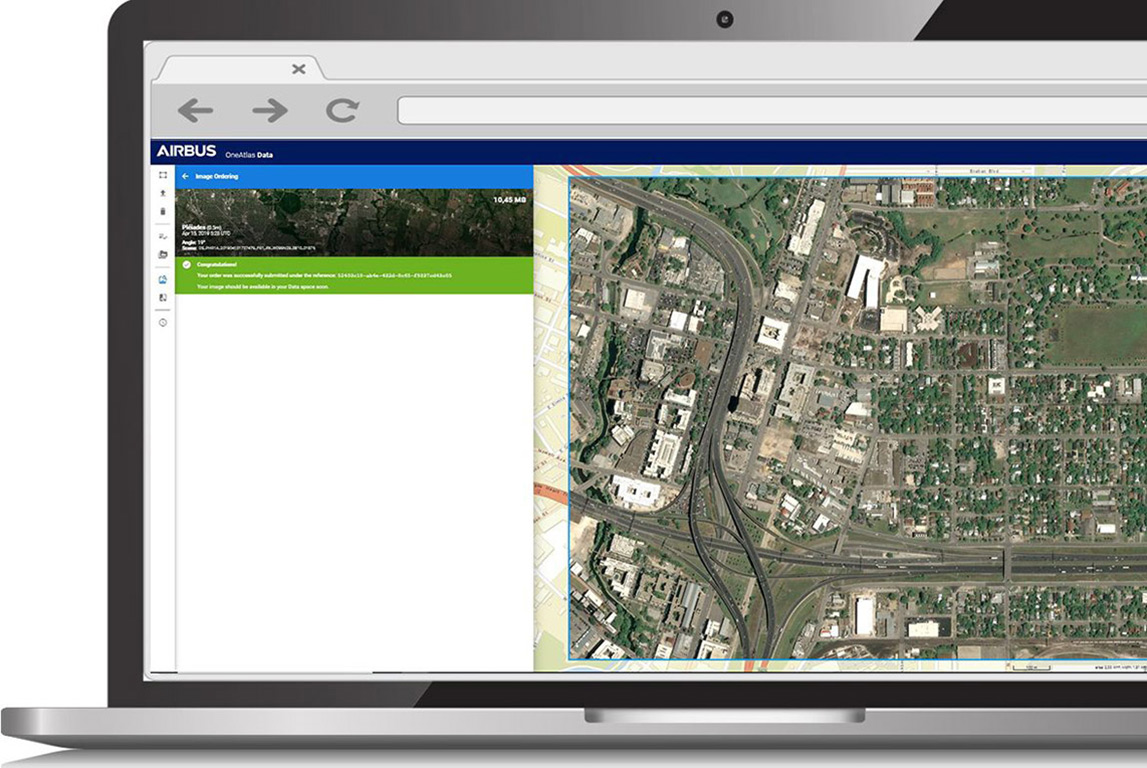 A confirmation page will appear.
In a matter of a few minutes, your imagery will be ready to download in the "My Data" section, located on the left side of the toolbar.

You can access "My Data" to search for your image. Click on the "3 dots icon" to see options to either download or stream the data.
All of your ordered data will appear with the "My Data" for easy retrieval. 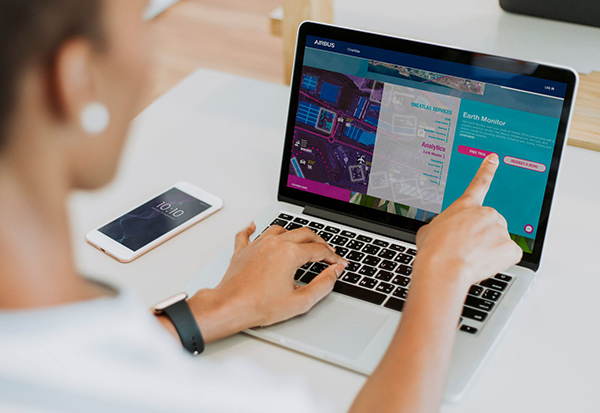 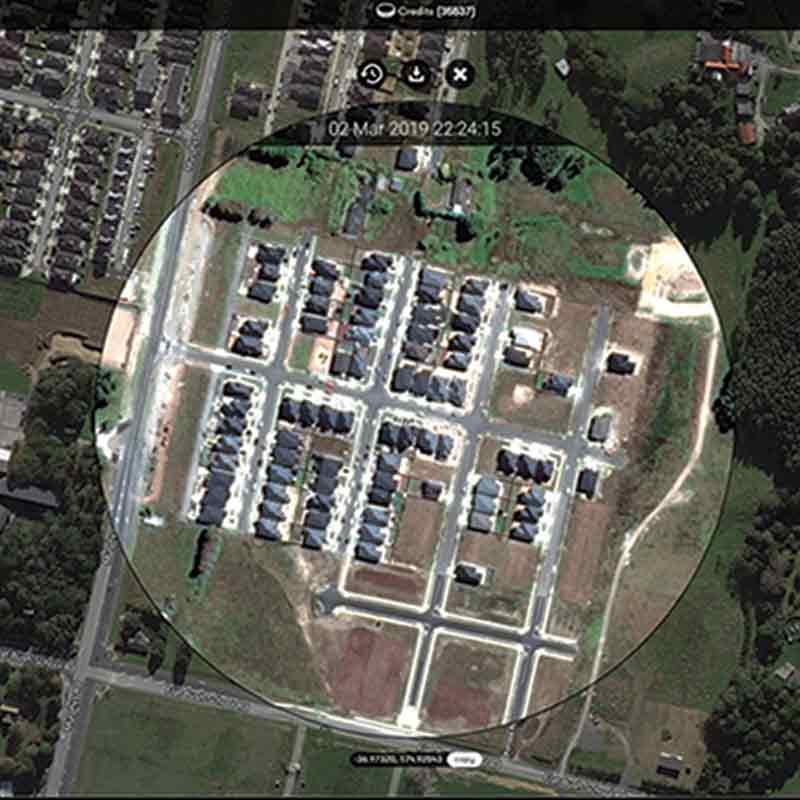 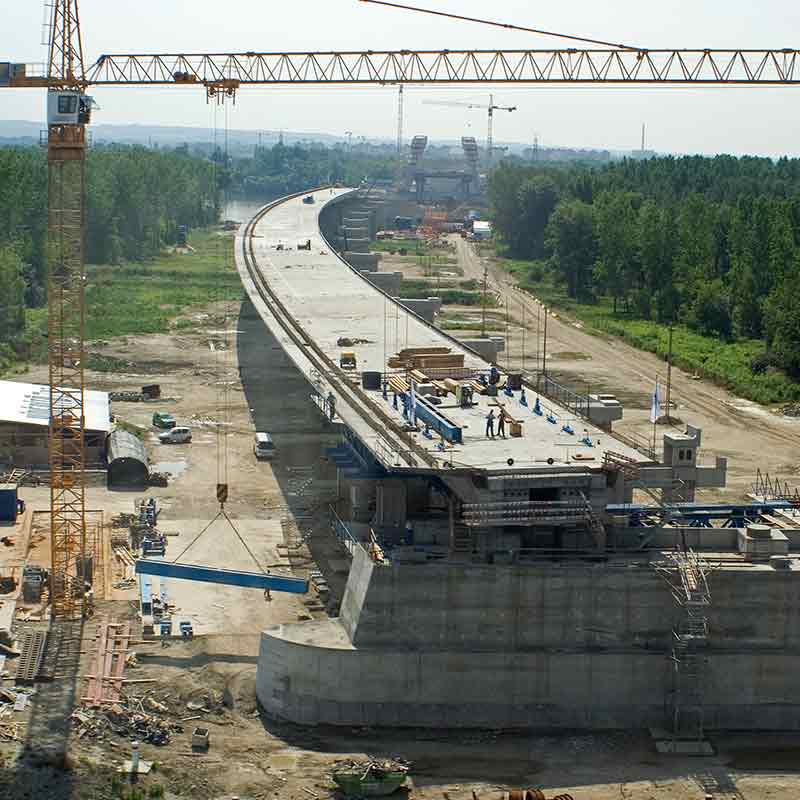 The construction of massive transportation infrastructure projects is occurring so rapidly that engineering firms need a safe, cost-effective and comprehensive means of tracking progress.
Read more 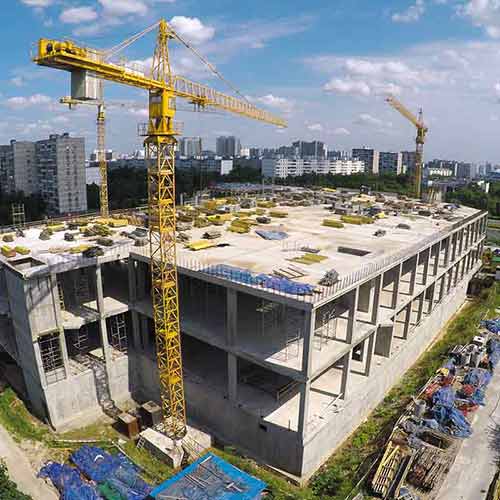 Engineering firms and government agencies need up-to-date information on the exact status of infrastructure development in urban areas to plan and monitor projects as they relate to new neighbourhoods, roads and parks.
Read more
Previous Next
See All Case Studies