Airbus Defence and Space presents the Pléiades images of the 14 largest stadiums in the United States. The impressive architecture of these stadiums has contributed to making US Football one of the most followed sporting events in the world.
Pléiades
Civil Engineering and Infrastructures
United States
Back to Case Studies
Home
>
Newsroom
>
Case Studies
>
American Football Stadiums Seen by the Pléiades Satellite 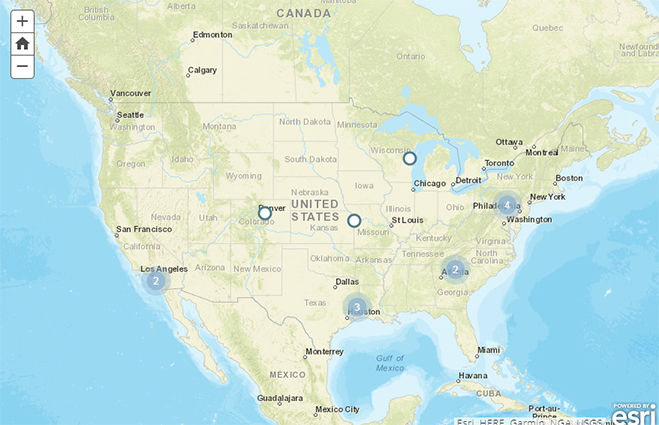 Today, 93,607 spectators can attend each football game. Today, this stadium hosts professional U.S. football games, and is also home to the University of Southern California (USC) Trojans, which is right across the street (to the North in this image) of the Coliseum. 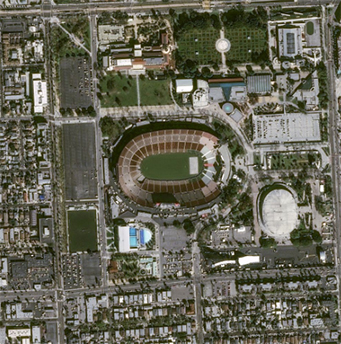 The Metlife Stadium opened in 2010. At $1.6 billion, it is the most expensive stadium and the second largest in terms of seating capacity (82,500). In 2011, it changed its name to Metlife, a New York-based insurance company.

MetLife Stadium is the only U.S. football stadium shared by 2 professional teams, which coordinate the logistics of playing during the same season. It takes 2, 4-person crews, 18 hours to roll up 40 sections of FieldTurf in the endzones to switch team names for each game. 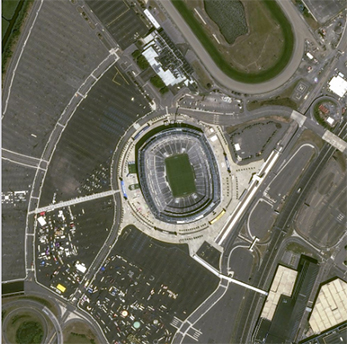 FedExField, built near the Capital Beltway - the Interstate Highway that surrounds Washington, D.C., was originally named the Jack Kent Cooke Stadium, after the team's previous owner.

FedEx bought the naming rights to the stadium in November 1999, after Daniel Snyder bought the team. It held the largest stadium seating capacity in the U.S. for professional football from 2004 to 2010, and currently holds 82,000 seats. 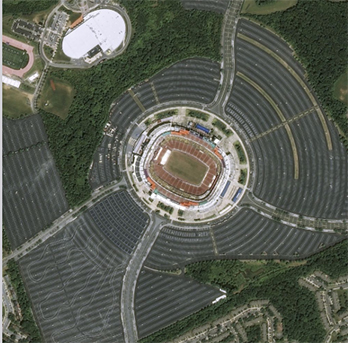 The stadium can hold up to 81,435 spectators, and was renovated in 2013, making it the 3rd largest professional U.S. football stadium. 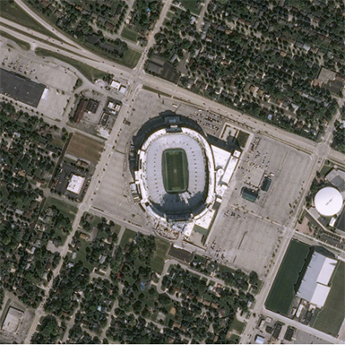 The AT&T Stadium was built in 2009, and can hold 105,121 people (standing and seated). The stadium has an impressive retractable roof, costing an estimated $1.15 billion in construction costs, making it one of the most expensive sports venues ever built.

The interior of the stadium has a pair of 91m tall arches that span the entire length of the dome, making the structure flexible enough to accommodate for a variety of event including: concerts, basketball games, college and high school football games, soccer, motocross and more. 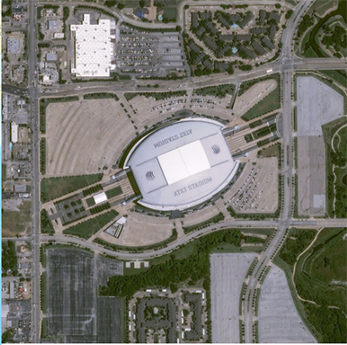 The Arrowhead Stadium and the Kauffman Stadium are part of the Truman Sports Complex in Kansas City, hosting both professional U.S. football and baseball games.

In 2013, the Guinness World Record for the noisiest stadium was set at Arrowhead Stadium with 137 decibels, produced entirely by cheers and noise from attendees. This is almost equivalent to the sound of a jet engine! 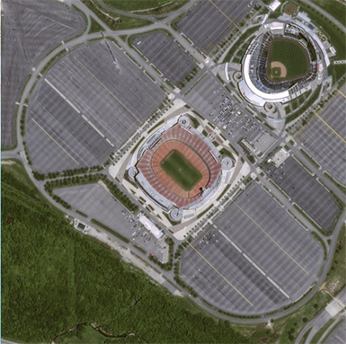 For professional U.S. football games, it has sold out every game since 2001, and carries a few traditions from chants to attendee announcements. The most impressive tradition - the fans of the upper deck create "Mile High Thunder" by stomping on the stadium floor where they are seated, creating a "thunder" sound due to the force of attendees, coupled with the steel floors underneath. 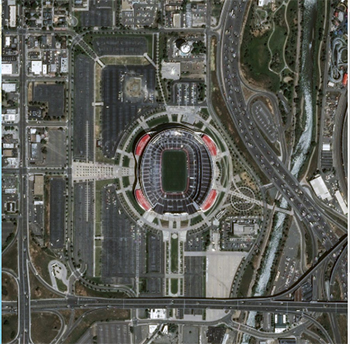 The Bank of America stadium in Charlotte will be twenty years old in 2016. It hosts other events including soccer and college football games, and is set to host the ACC Championship game through at least 2019. It's previous sponsor, LM Ericsson (a Swedish telecom company) purchased the naming rights in 1996, and paid $25 million for a ten year agreement.

The stadium itself has some unique features including three huge main features, arches that connect column supports on the upper deck that resemble the shape of half of a football, and lots of landscaping. The stadium has been known to resemble "a fortress" instead of a stadium, and has been compared to the Los Angeles Memorial Coliseum. 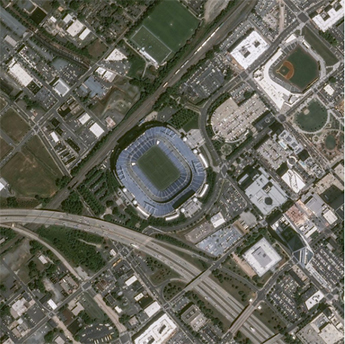 Opened in 1943, the Ralph Wilson Stadium was renamed in 1998 after the team's founder and owner, who was also one of the founders of the American Football League which merged with the National Football League in 1970. On August 18, 2016 a local company (New Era Cap Company) purchased the naming rights, and is officially called New Era Field.

The stadium is open-air, and has never had a natural grass surface. Since it's opening in 1973, the stadium has always had artificial grass, called AstroTurf. In 2011, the stadium upgraded the AstroTurf to A-Turf Titan (a rubber-infilled artificial grass) that is supposed to increase performance. It is currently the only stadium who uses this material. 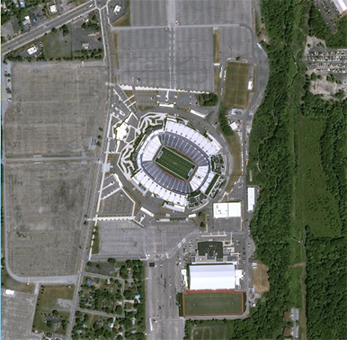 This stadium built in 1967, hosts two college football games every December: the Holiday Bowl and the Poinsettia Bowl. Qualcomm, a telecommunications equipment company, purchased the naming rights to the stadium in 1997.

The stadium, originally designed to host both professional football and professional baseball games, has seating that is portable on one end that allows for customizable configuration. 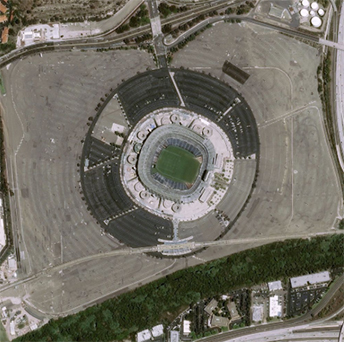 The largest dome structure in the world, the Superdome opened in 1975, and the German car manufacturer Mercedes-Benz bought the naming rights to the stadium in 2011. It is the home to not only professional U.S. football, but also hosts the Sugar Bowl and New Orleans Bowl, as well as the Final Four - both very popular college football and basketball games. 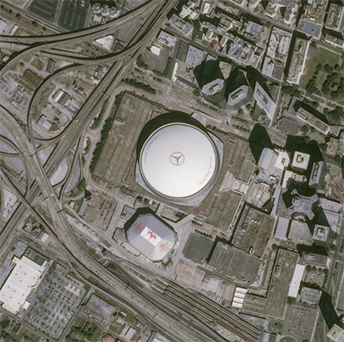 The NRG Stadium was one of the first U.S. football stadiums to have a retractable roof which was built in 2002 at a cost of $352 million. With its neighbour - the Astrodome, they form the NRG Energy sports complex.

NRG Stadium hosts professional U.S. football, as well as the Houston Livestock Show and Rodeo, the Texas Bowl (college football), soccer matches for the USA National Soccer Team, as well as WrestleMania events. The stadium also houses 2 video display screens on the end zones that are the second largest displays in any professional sports venue at 14,549 square feet. 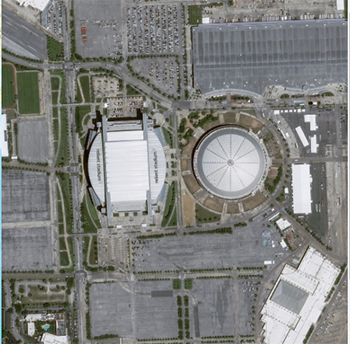 Inaugurated in 1992, the Georgia Dome is the largest cable-supported roof in the world. It is home to professional U.S. football, and has hosted the Peach Bowl and the SEC Championship Game (college football) since 1994.

The structure cost $214 million to build and sits on 9.19 acres (3.72 ha) of land. The stadium also hosted the 1996 Summer Olympic games, specifically: basketball, artistic gymnastics and handball. A new Mercedes-Benz Stadium is being built right next to it and will be opening in 2017. 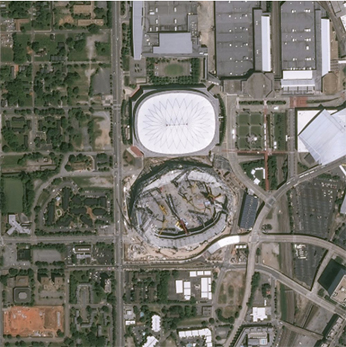 The stadium opened in 1998, and was formerly the site of the Wm. Knabe & Co piano factory, which closed during The Great Depression. A sidewalk keyboard mosaic on the southwest corner of the stadium honor's the company legacy.

The M&T Bank, Manufacturers and Traders Trust Company, purchased the naming rights to the stadium in 2003 and is home to professional U.S. football, major concert series and festivals and other events. 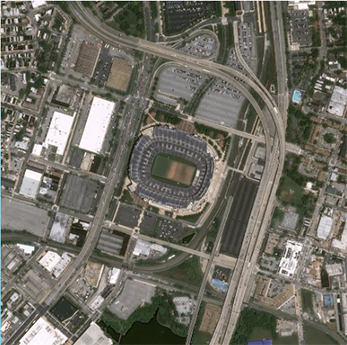 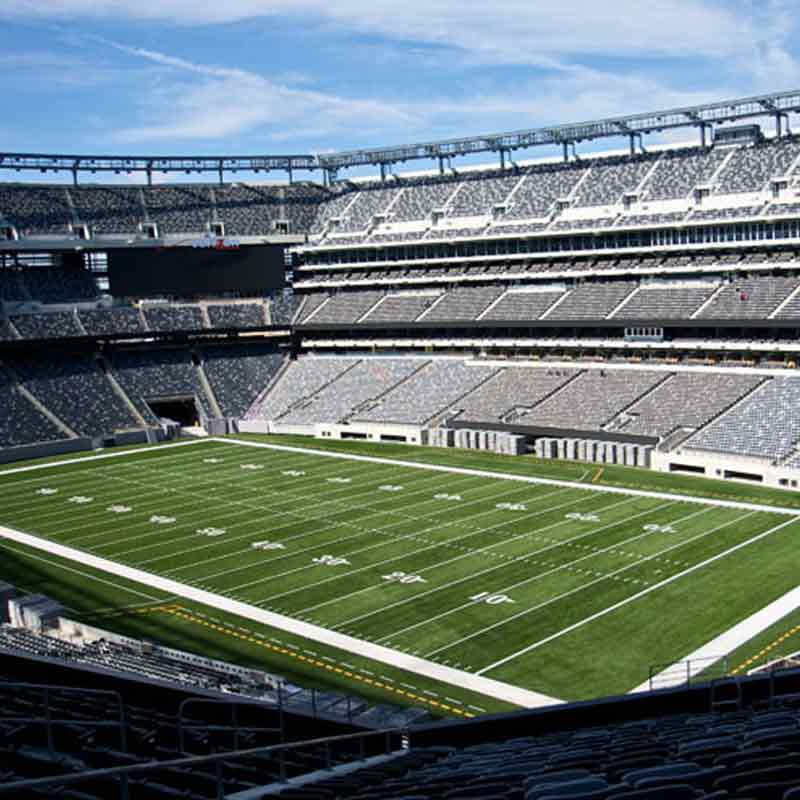 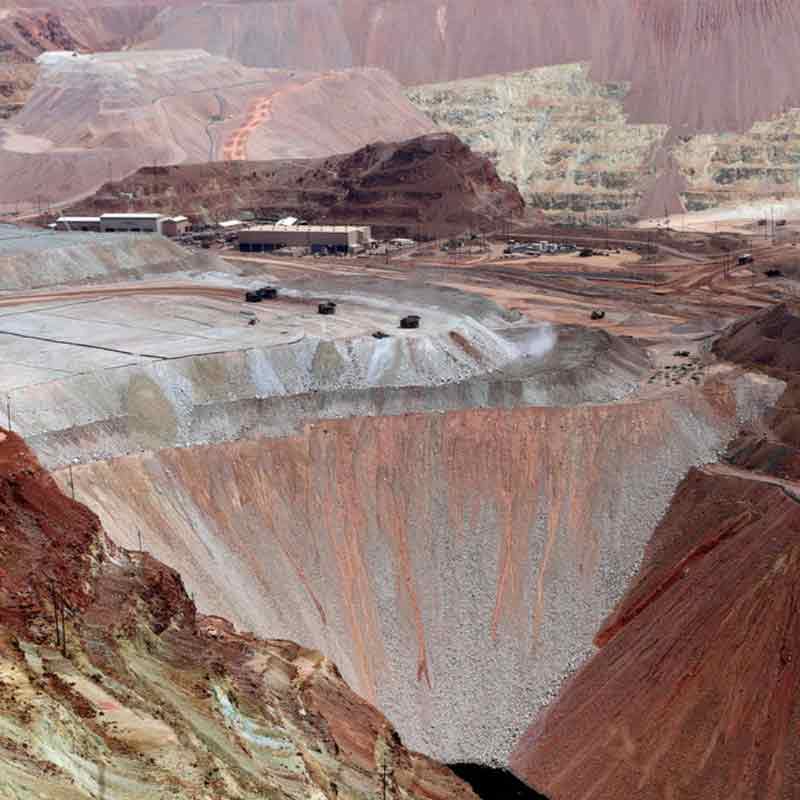 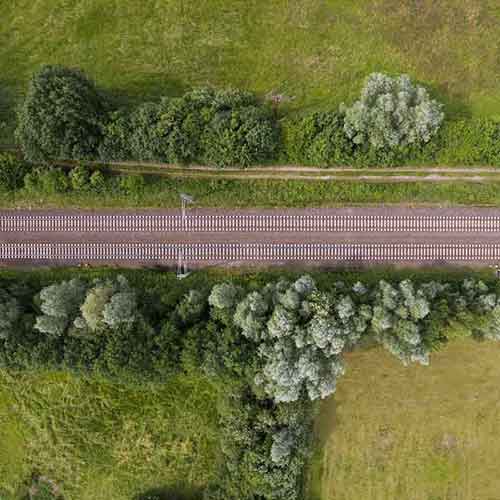 The management of trees, shrubs and plants along the railway is essential for every network company. The challenge for the railway companies was to assess the risk of this coverage from both an environmental and economic point of view.
Read more 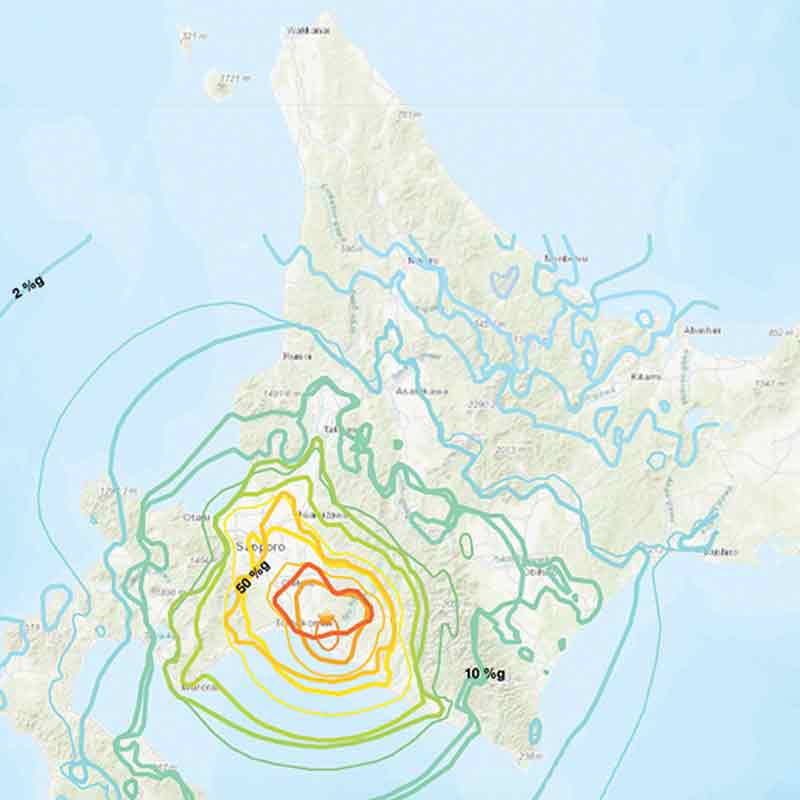 Japan is constantly under threats from natural disasters. To protect people’s lives and minimise economic losses, the authorities need immediate information from the affected areas.
Read more
Previous Next
See All case Studies