Massive fires are ravaging the Amazon rainforest threatening its exceptional biodiversity with a significant increase in the number of fires in 2019 than previous years throughout Brazil, Bolivia and Paraguay. The Amazon is the largest tropical forest in the world and plays a key role in carbon absorption. To measure the impact of these fires, several earth observation satellites were tasked in Bolivia by the International Charter Space and Major Disasters programme. Sentinel-2 and Sentinel-3 were activated over Bolivia by EMS Copernicus. These images are readily available through Sobloo.

This Pléiades image acquired on 22th August 2019 shows the fire which started on hills near already deforested areas. 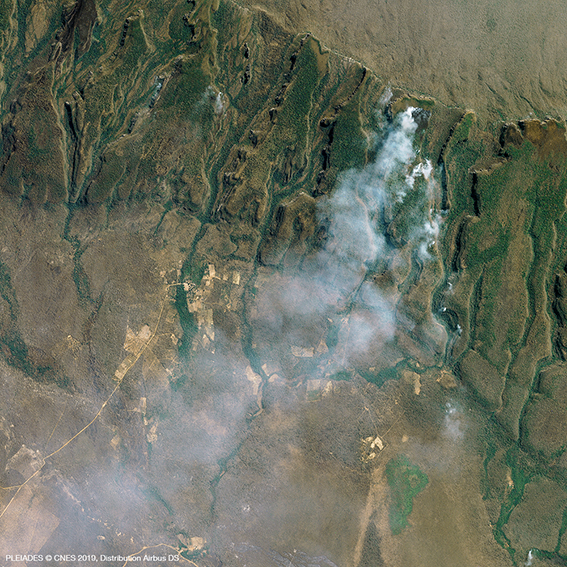 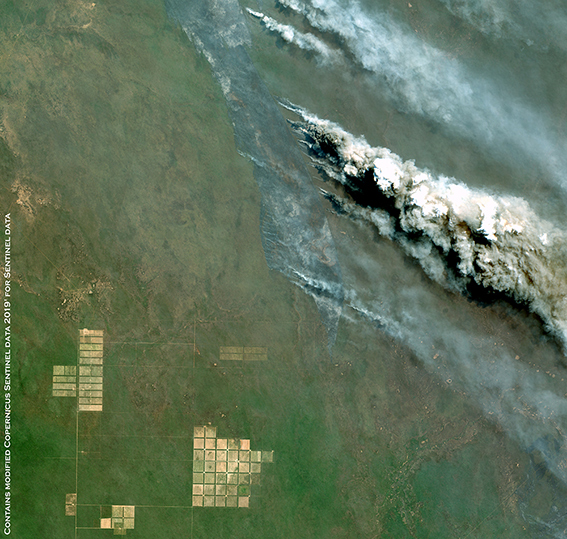