Climate change driven sea level rise (SLR) is a global issue that considerably affects human populations in coastal and island regions as well as marine and terrestrial ecosystems. Currently sea levels rise around 3mm / year on a global scale and the rate is expected to intensify in the future. Effects of sea level rise can include flooding, saltwater intrusion and erosion as well as changes to water cycle dynamics leading to the intensification of tidal floods, storm surges and cyclones.

Detailed elevation data of the coastal regions is needed to determine areas prone to inundation in case the sea levels continue to rise at the current scale. For many areas around the globe such elevation data is not easily accessible or not available in the required resolution and quality.

Within the IncREO (Increasing Resilience through Earth Observation) project co-funded by the European Commission, geo-information experts determined the suitability of WorldDEM™ for SLR modelling compared to other global DEM data (e.g. SRTM).

The calculation of the sea level rise scenarios was conducted in two steps: first, the coastline for the water level at 0m was established. Then five assumed sea level rise scenarios (0.5m, 1m, 3m, 5m and 10m) were calculated and all vulnerable areas identified that would be affected within the respective scenarios.
The flooded areas calculated for each DEM dataset were compared to results using a high resolution airborne DEM as reference.

The analysis showed that WorldDEM yielded the best results compared to airborne data. The WorldDEM data delivered a very exact representation of inundated areas, even for areas further inland, where other elevation data often does not deliver detailed enough results. The high level of detail provided by WorldDEM allowed an excellent delineation of the water distribution and of potential passes between structures and buildings. This facilitates the identification of buildings and infrastructure potential in danger of flooding. Such findings are vital for the development and implementation of counter measures for low-lying coastal areas. 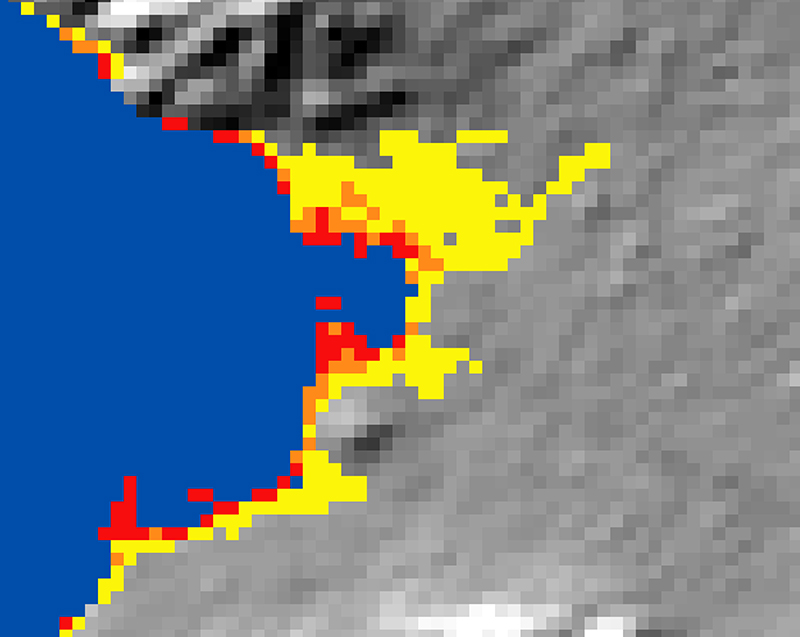 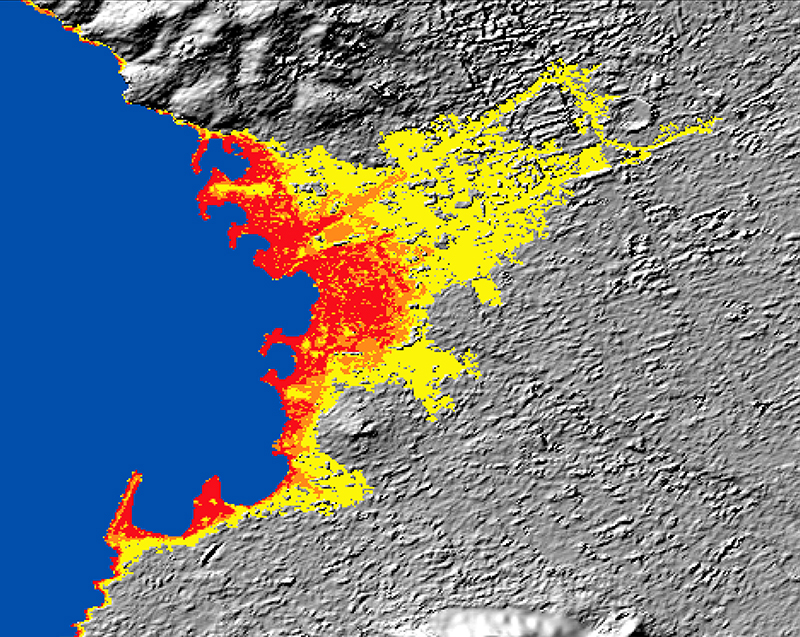 WorldDEM can serve as a data basis for a first analysis of an area. The investigation demonstrated that WorldDEM can be a viable alternative elevation dataset for sea level rise modelling on a global scale.

WorldDEM elevation data can also be used for flood modelling, supporting the preparedness planning for potential natural disasters and assist rescue mission planning and implementation in the case of an emergency situation.