The 2015 Hindu Kush earthquake was a magnitude 7.5 earthquake that struck South Asia on 26 October 2015, with its epicenter approximately 260km northeast of Kabul, Afghanistan. Through to 29 October, fourteen more aftershocks of a magnitude of 4.1 or greater were felt.
Pléiades
Security
Afghanistan
Back to Case Studies

An Earthquake with a magnitude of 7.5 struck the Hindukush area on 26 October 2015, with its epicenter approximately 260km North-East of Kabul, Afghanistan. Through to 29 October, fourteen more aftershocks of a magnitude of 4.1 or greater were felt.

By 5th November, it was estimated that at least 398 people had been killed, mostly in Pakistan, and 1,800 people were injured in the affected areas. The deadly earthquake caused heavy damage and panic across one of the world’s most impoverished and war-torn regions. Buildings collapsed during the quake, sending people pouring into city streets in Peshawar and Islamabad in Pakistan, and in Kabul, the Afghan capital.

South Asia, where the Indian tectonic plate collides with the Eurasian plate, has a history of devastating earthquakes.

Read the USGS report on the earthquake 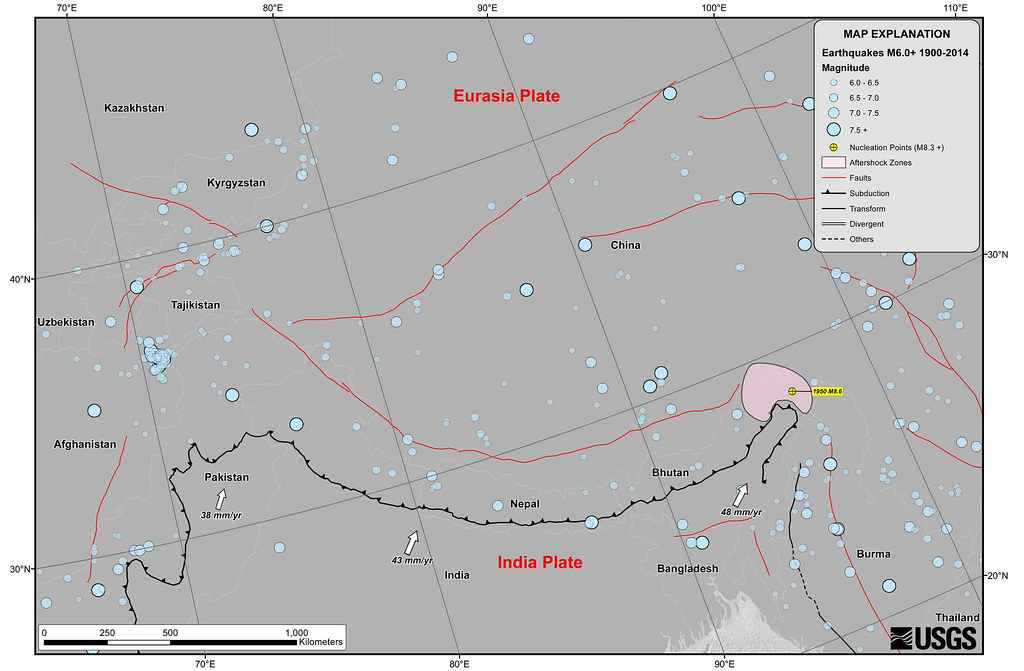 The Pakistan National Space Agency, SUPARCO, plays a crucial role in the region regarding application of space based information for disaster monitoring. It also acts as a Regional Support Office of the United Nations Platform for Space Based Information for Disaster Management and Emergency Response (UN-SPIDER).

SUPARCO was requested to provide damage assessment maps of the affected areas for federal and provincial disaster management agencies and other related organisations. The first responders on the ground would use them to make informed decisions and help save lives during the relief and rescue operations.

SUPARCO needed fresh satellite imagery in the shortest timeframe to rapidly produce these maps. The agency has been equipped with an Airbus Defence and Space Direct Receiving Station since the early 1990s, which supports fast delivery of ordered satellite images. Its Space Application Centre for Response in Emergency and Disasters (SACRED) needed very high resolution imagery at the earliest opportunity to efficiently respond to the demand.

Receiving Station since the early 1990s, which supports fast delivery of ordered satellite images. Its Space Application Centre for Response in Emergency and Disasters (SACRED) needed very high resolution imagery at the earliest opportunity to efficiently respond to the demand.

The extremely agile and responsive Pléiades satellites were tasked by SUPARCO to support this mission. Indeed, at 20.45pm on 26thOctober, shortly after the earthquake, their team placed 5 Instant Tasking emergency requests through the online portal GeoStore. Thanks to the flexibility and the availability of Pléiades, the images were acquired the following morning. Due to a fully automatic process, it took only 2h30 from image acquisition to final delivery, close to Near-Real-Time performance!

Thanks to the rapid acquisition and delivery of the images, the SUPARCO teams could immediately start their analysis and provide the damage assessment maps to the disaster management teams on the ground rapidly. The SUPARCO SACRED teams also demonstrated their high responsiveness: on October 28th, four Rapid Damage Assessment Maps were produced using the 50cm Pléiades products, showing various affected areas of Khyber Pakhtoonkhwa Province.

These added-value documents were then made available to all concerned disaster management agencies. The operational teams used the latest information from their maps to efficiently manage relief and rescue operations and start an early recovery phase.
* Airbus Instant Tasking is a 24/7 web service that enables users to request and receive a new satellite image directly from their laptop, in full autonomy, in only a few hours. The customer’s request is transmitted directly to the satellite with a maximum priority level. The image is acquired, produced and delivered as quickly as possible. This service is available for Pléiades and SPOT 6/7.

“SUPARCO teams are very grateful to deal with Airbus Defence and Space not only as a data provider but above all as a dedicated partner.”

Pakistan Space and Upper Atmosphere Research Commission (SUPARCO), the National Space Agency, is mandated to conduct R&D in space science and space technology. It works towards developing national capabilities in space technology and promoting space applications for socio-economic uplift of the country.

Flooding Swept Serbia - Our Constellation was at Hand

Three days of record rainfall turned the Sava river into a deadly torrent and caused the worst floods in Serbia in more than a century. Airbus Defence and Space tasked all satellites of the constellation in order to support the international emergency response and speed up post damage assessment.
Read more

The 2015 Hindu Kush earthquake was a magnitude 7.5 earthquake that struck South Asia on 26 October 2015, with its epicenter approximately 260km northeast of Kabul, Afghanistan. Through to 29 October, fourteen more aftershocks of a magnitude of 4.1 or greater were felt.
Read more

Airbus Defense and Space Provides Support to Devastated Areas of the U.S. and Caribbean After Hurricane Matthew

Hurricane Matthew, a Category 5 Hurricane, hit the Eastern Coast of the United States, as well as the Western Atlantic region, including: Haiti, Cuba, Dominican Republic and Lucayan Archipelago in late September 2016. The hurricane left the Western Atlantic in devastation with over 1600 estimated deaths in the region.
Read more

Damage Assessment in An Emergency Situation

Whenever a natural disaster hit certain territory critical information over the affected area is urgently required in order to help first responders plan emergency response efforts on the ground. See how Pléiades could help in terms of emergency response planning and rapid damage assessment after a natural disaster hit the French territory of New Caledonia
Read more
Previous Next
See All Case Studies