Bomb Damage Assessment (BDA), also known as Battle Damage Assessment, is the practice of assessing damage inflicted on a target from a stand-off weapon, most typically a bomb or air launched missile. It is part of the larger discipline of combat assessment. Photographic reconnaissance was used extensively in World War II. From the 1970s onwards satellites became available.
Pléiades
Defence
Syrian Arab Republic
Back to Case Studies

Before sunrise on 7th April 2017, several US Navy warships, located in the Mediterranean Sea, launched a wave of around 60 Tomahawk missiles over the Al Shayrat Airbase, which is controlled by the Syrian government. American Intelligence believed it was the base being used for the aircraft that carried out a chemical weapon attack over Khan Shaykhun town three days prior. The Battle or Bomb Damage Assessment (BDA) is a key military activity to evaluate the results and efficiency of strikes.

Caption: USS Ross firing a Tomahawk missile towards the base 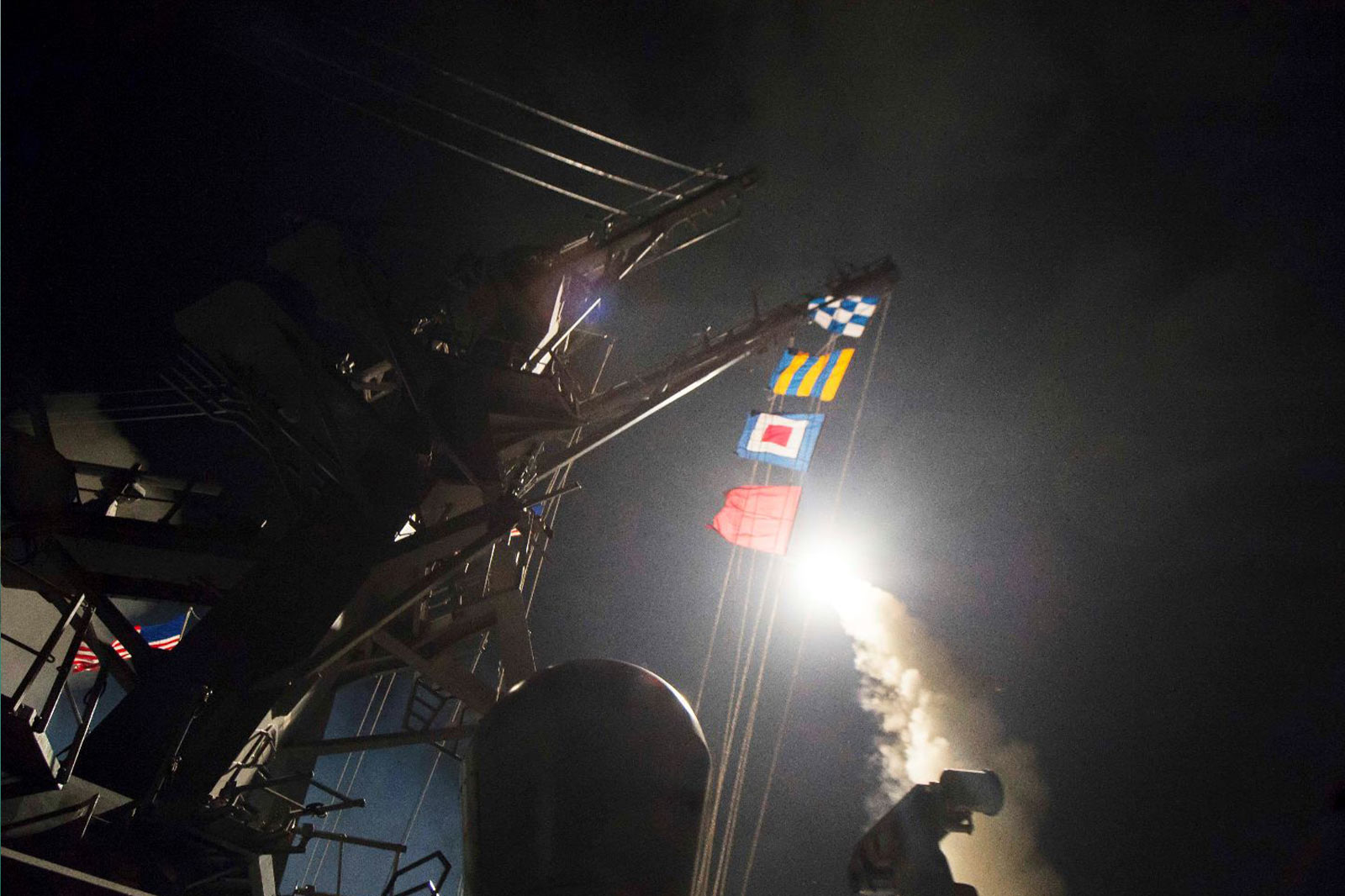 Various sensors and methods accomplish the required evaluation, including satellite imagery. Airbus can immediately programme and acquire images, then compare them with its worldwide archives and provide an Imagery Intelligence (IMINT) report, such as a BDA.

To assess the battle damage from the night of 7 April, Airbus Pléiades captured detailed images of the airbase on 8 - 9 April. They revealed that the aeronautical infrastructures were undamaged and still fully operational; whereas the fuel depots, the depot in the East and some aircraft shelters had been struck; and several Mig-23 had been destroyed or damaged.

It could not be confirmed whether the damaged shelters held aircrafts. The US Navy had avoided targeting suspected gas storage facilities. A few hours before the strike, the US had warned Russia of their planned action. It seems that Russia then simultaneously tested countermeasure devices to jam the Tomahawks, which explains why - despite direct hits to the airbase - the Syrian Air Force base remained operational, enabling them to bomb the rebels only a few hours after the American attack. On 9 April, new Pléiades images showed that at least three Albatros, one Mig-23 and two Su-22 were operational.

Imagery intelligence report over al Shayrat base based on imagery archives.